Learn how “gigs” can change the way you work

Whether attending as an official badge-holder or just a casual observer, most people attending San Diego Comic Con last month (perhaps unknowingly) participated in the on-demand or gig economy.

Don’t know what I am talking about? Have you traveled by Lyft, Uber, or maybe even in a pedicab? down to the Gaslamp District? Or perhaps you’ve had food delivered to your location, just like the people who waited in line for a Hall H panel at Comic-Con? If you have, congrats, you’ve contributed to the rising on-demand economy.

What is the on-demand economy?

As defined in an article from Business Insider, “the on-demand economy is the economic activity created by technology companies that fulfill customer demand via the immediate provisioning of goods and services”. Uber changed the game when it was introduced as the primary ride-sharing service, replacing taxis with an on-demand app-based service. Many other companies across multiple fields have spawned off of Uber’s success and the on-demand economy continues to grow as a result.

Now that you know what I am talking about, let’s discuss the on-demand economy in a broader sense and why it’s becoming so popular.

Why is the on-demand economy such a big deal?

A combination of services like Amazon and the increasing tech-savviness of the population has allowed the on-demand economy to flourish more than ever as consumers demand that their needs and wants to be satisfied immediately.

The on-demand economy is mutually beneficial to both sides of the transaction. It gives the consumer the convenience of mindless work to get from A to B, in the case of Lyft or Uber, and request products or services with the click of a button. It also provides the supplier with the convenience of flexible hours and more frequent compensation, allowing them to pursue other passions.

Is it just ride-share?

You can probably think of multiple examples of how you experience the on-demand economy every day, but it’s not just limited to ride-sharing services and food deliveries, many fields can offer employment opportunities within the gig format.

One of the fields that is growing significantly in the amount and variety of opportunities within this economic framework is engineering. The internet, when it was first introduced way back when, revolutionized the service industry, and as a result, other industries have had to also and need to continue to change with it. Engineering is doing exactly that. In the past, engineering technology required that most work be done in one place, but with the increasing capabilities of engineering technologies, more flexibility is allotted. As stated in an article by engineering.com, “the nature of much of engineering work meshes well with the freelance gig employment structure”.

As a result of the 2008 recession, younger and older generations alike are faced with the issue of a lack of full-time employment. To supplement this, or in some cases instead of pursuing a traditional full-time job, many engineers are turning to freelance work, resulting in an increased number of engineering-related gigs.

Engineering.com reports that “some of the most common engineering gig work is design-based, including CAD-design and drafting, CAE and simulation, civil and architectural design, product design, software engineering, loT, and network design and development”. The article also notes that more technical jobs, like project planning and consulting, are becoming more prevalent within the gig-economy. Engineers across multiple facets of the field are getting involved in the on-demand economy through project-based work separate from the larger companies they may work for.

Why is it important for engineers?

Freelancing allows for a more flexible work schedule and can help to supplement more regular income. There is also a growing population of people in all fields that are choosing gigs as their primary source of work and income. By working as contractors, engineers are able to broaden their skill set by pursuing jobs outside of the specialized work they may perform at a larger company. In doing so, they are participating in valuable training and gaining the expertise necessary to continue within the advancing field.

Gigs have also become an important consideration for larger companies when it comes to hiring. Instead of hiring full-time employees, companies can hire contractors with specific skills for specific projects. Productivity and efficiency are improved while overhead costs are reduced.

As the latest generation of engineers graduate and begin to enter the workforce, the on-demand economy may be an important consideration. Whether it’s difficult to find a full-time position or one simply does not fit your desired lifestyle, an on-demand approach may benefit you. Especially for students that have grown up in the digital age, the on-demand economy presents an interesting method to stable income and the idyllic idea of “work-life balance”.

What is the future of the on-demand economy?

Expect everything to be done with the click of a button, including your day-to-day job. With this sort of automation, there’s a fear that many jobs cease to exist, however with increased automation comes the needs for people to design and maintain it.

As a greater amount of the population begins participating within the on-demand economy, whether that be as consumer or supplier, more resources will be introduced to initiate these transactions. The on-demand economy is fueled by social media and the ability to connect with your customer base. Social media has made the workforce more about social networking more than ever. To be successful, companies and individual contractors alike have to have some sort of presence as evidence of their work and reputation. This is especially important when working as a freelancer as there is no larger entity to back you up. Social media has also made it easier to work as a contractor with the increasing number of mobile apps and websites designed specifically for on-demand jobs. In the future, more and even better services will be created to aid in the advancement of this economy, maybe they will even be produced by an engineer as a “gig”.

Start earning with the on-demand economy! 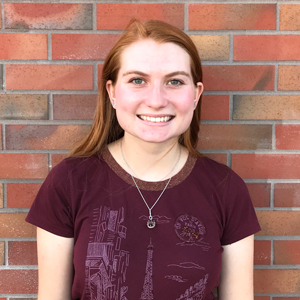