What’s Your Company’s Attitude Towards Learning?

I previously worked as a CAD instructor for a value-added reseller. I often held 5-day intensive training sessions at our training facility as it provided a space away from the office and free from daily distractions. On one occasion, however, I visited a company to teach a week-long SOLIDWORKS class at their facility. This was a departure from the norm and I was skeptical that an on-site training wouldn’t be effective due to the uncontrolled environment. But I had my marching orders and showed up to teach my class and it turned out to be a great personal learning experience.

When I arrived, I was pleased to find a dedicated classroom equipped with capable workstations and all the amenities students needed to remain focused on their learning. With the help of my hosts, I quickly installed some software and we were ready to get started.

When reviewing the roster, I was intrigued by the variety of departments represented. I was used to having engineers and designers in class, but here I had people from the purchasing group, a couple of scientists, several people from the assembly floor, and a manager. My immediate reaction was that perhaps they’d walked into the wrong class. I explained what the subject matter was just in case and everyone was indeed in the right place. Now I was confused.

Still worried that the class might not meet their expectations, I asked each student what they hoped to get out of the session.

The purchasing team was used to receiving Bill of Materials (BOMs) from the engineering group. They often had questions about parts that they wanted to be able to answer for themselves by reviewing CAD files. They’d never received training and just needed the basics so they didn’t have to rely on others.

The scientists in the group were looking for a more sophisticated method of capturing and communicating their ideas to the engineering team. Apparently, their napkin sketching skills were limited so when they heard a CAD class was going to be available they signed up.

Those from the assembly floor wanted to simplify their tasks and knew that having access to the models they were building would help. The documents they worked off of were fine but presented limited views of the overall design. They wanted to see the entire design so they could refine their assembly process. Having first-hand access to 3D models would help.

Lastly, the manager in the group was sent to the class by her team. She was having difficulty understanding some of the challenges her team was facing and they felt that knowing how their design tool worked would be helpful. She agreed and was happy to participate.

The class was a huge success. Admittedly, our pace was a bit slower than usual, but everyone learned a great deal and accomplished their learning objectives.

This teaching experience opened my eyes to a completely different attitude about employee learning. I was familiar with the path of connecting a company’s software investment to the resulting need for training. This type of learning is driven by mandate because employees need to become proficient using a newly acquired software, making it a job requirement without the option to opt out.

What I experienced during this on-site session was very different than a session driven by mandate. None of the students in the class were using CAD software as their primary tool and they weren’t there because they had to be. They were there because they believed they’d be more effective and efficient in their roles if they had a better understanding of the tools used by their colleagues. This type of learning experience is driven by company culture and attitude towards learning. This company’s approach was to make learning accessible as a means to a greater end. The students that participated in my class were not there to learn CAD, they were there to become self-reliant, expand their communication skills, gain broader insight, and learn to empathize with their colleagues.

While there’s certainly nothing wrong with mandated learning, there’s real ROI to be had there, my experience taught me that there’s much more for a company to gain by embracing an attitude of learning as part of company culture. Companies will see the direct ROI from employees getting the most out of technology investments, becoming better communicators, and gaining an understanding of other roles and teams, while employees will also feel empowered in their roles, control over their professional development, and qualified to make an even greater impact at work.

Change Your Attitude Towards Learning!

Schedule an online tour to learn how SolidProfessor can provide on-demand training on a variety of concepts, techniques, and software for multiple teams! 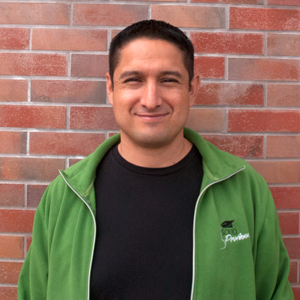